The first verified victim of the September 11 attacks was Father Mychal Judge, chaplain to the New York City Fire Department.

In 1992, Franciscan Father Mychal Judge was appointed chaplain to the NYC Fire Department. He was known to work 16+ hour days, offering aid and prayers at fires, rescues, and hospitals and would counsel firemen and their families.

“His whole ministry was about love. Mychal loved the fire department and they loved him.”

When Father Judge learned that the World Trade Center had been hit by the first of two jetliners, he rushed to the site and met with then-mayor Rudolph Giuliani who asked him to pray for the city and the victims.

Judge prayed over the bodies lining the streets, then entered the North Tower’s lobby where a command center had been organized. There, he offered aid and prayers to rescuers, injured, and dead.

When the South Tower collapsed and sent debris flying into the North Tower’s lobby, many were killed including Judge. He was giving last rites to a firefighter fatally wounded by a falling body. When he removed his helmet to pray, he was struck in the head and killed. Before his death, he was heard repeatedly praying aloud “Jesus, please end this right now! God, please end this!”

When his body was found, he was carried out by five men, including two firefighters to which he was a chaplain. A photo taken was called at the time “an American Pietà,” becoming one of the most famous images related to 9/11. His body was taken to Saint Peter’s Church and laid before the altar before being taken to the medical examiner. 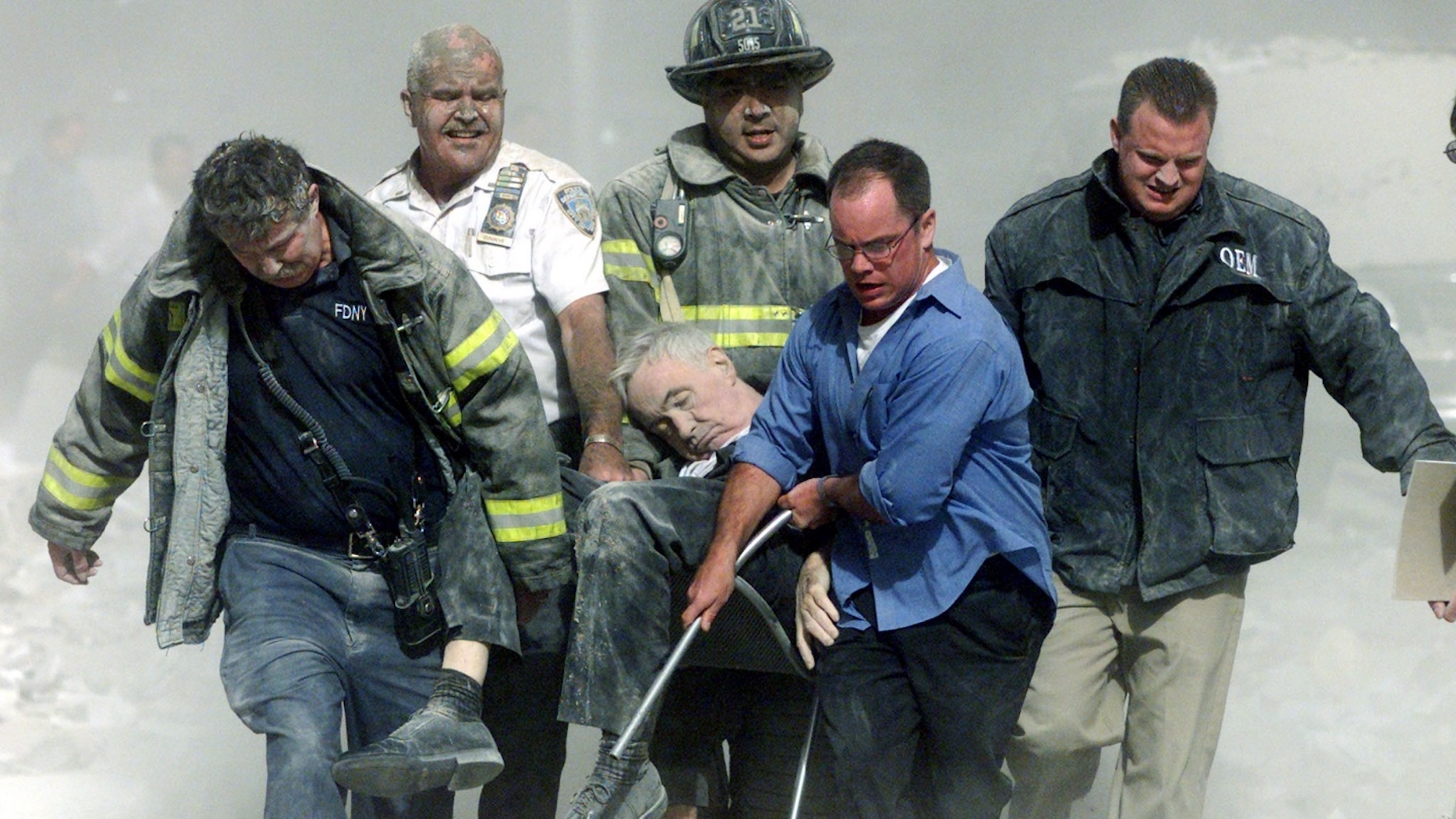 The medical examiner declared him “Victim 0001,” thereby recognizing Father Judge as the first official victim of the attacks. 4 days later, his funeral mass was held on September 15th at the Saint Francis of Assisi Church in Manhattan with over 3,000 in attendance.

Pope Saint John Paul II was later given his fire helmet when a group of New York City firefighters travelled to the Vatican for a Mass at Saint Peter’s Basilica.

“I offer a warm welcome to the delegation from the New York City Fire Department, so many of whose members lost their lives in the terrorist attack of Sept. 11. May almighty God grant the bereaved families consolation and peace, and may he give you and your fellow firefighters strength and courage to carry on your great service to your city. With the promise of my continued prayers, I invoke upon you and your families God’s abundant blessings.” 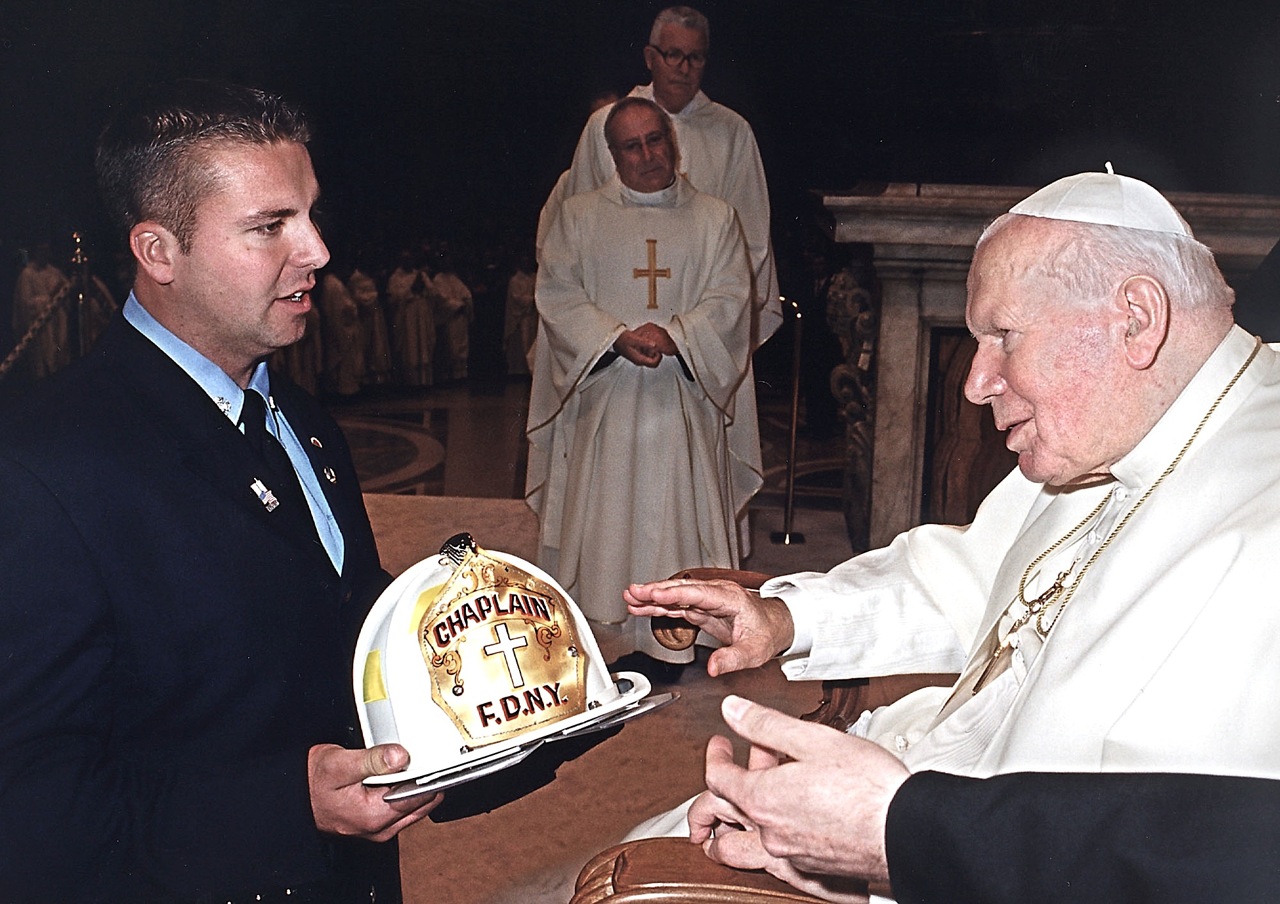 Today, every Sunday before the 9/11 anniversary the Father Mychal Judge Walk of Remembrance takes place. It begins with a Mass at Saint Francis of Assisi Church and proceeds to the site of Ground Zero to retrace Judge’s final journey with prayer along the way.