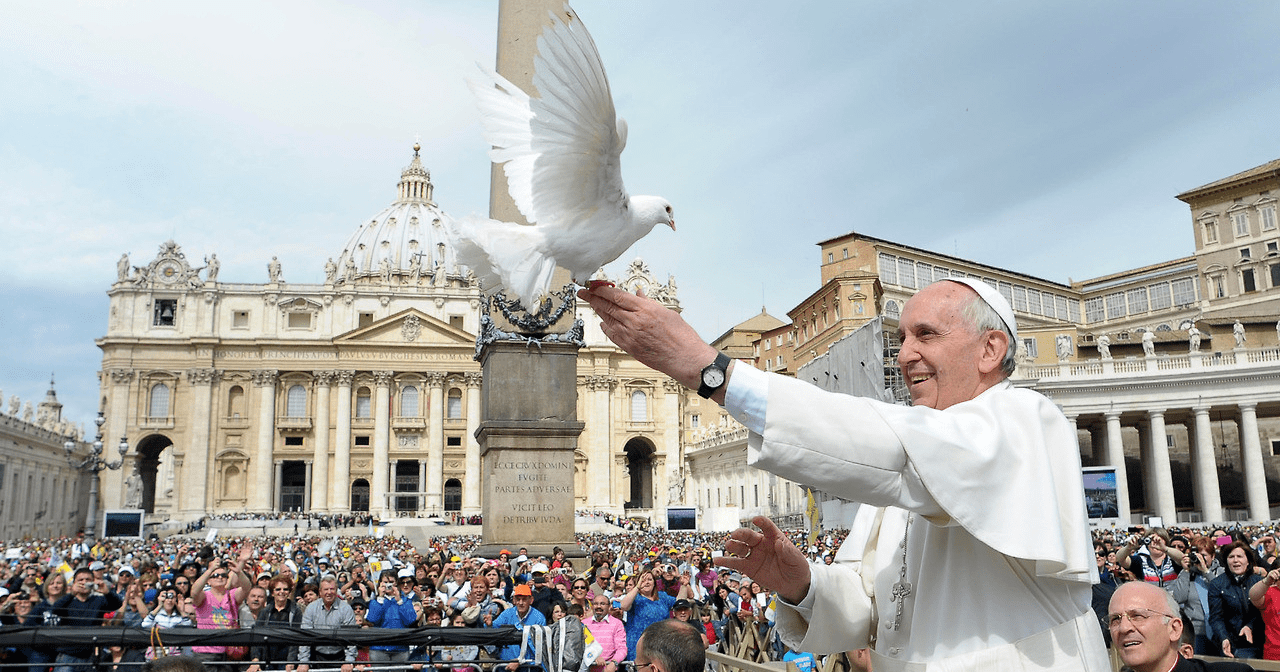 In a Facebook messenger chat via Missio’s PopeBot, Pope Francis asked the question “Is religion doing enough to promote unity and peace?”

The chat by Pope Francis, is the latest in a series of informal, one-on-one style chats he has released via the “PopeBot” from the Pontifical Mission Societies. This amazing project allows Facebook users to “chat one-on-one” with Pope Francis to hear inspirational stories and learn about ways people can help the poor and unfortunate.

You can chat with Pope Francis via MissioBot – aka the “Pope Bot” – part of a new generation of digital technology called ChatBots. Inspired by the Pope’s charisma, message and his desire to break down barriers, MissioBot provides a one-to-one experience of information, engagement and accompaniment, that guides the user through a conversation with Pope Francis about the life-saving work of Catholic missionaries around the world. A ‘Conversation’ with Pope Francis

MissioBot provides a way for those digitally connected, especially younger Catholics (and non-Catholics), to learn about and be fired up by a leader they respond to, Pope Francis.

The MissioBot is the newest entry point into the place of encounter for anyone and everyone seeking to support Catholic missionaries, MISSIO.

MISSIO was developed by the Pontifical Mission Societies and launched by Pope Francis in 2013. An extensive digital platform, MISSIO connects both young and old directly with missionaries through crowd-sourced fundraising and peer-to-peer communication. MISSIO empowers a community of givers to become change-makers in some of the world’s poorest places. MISSIO extends our solidarity with the Mission Church.