The old English custom of “soul-caking,” or “souling,” originated in pre-Reformation days, when singers went about on All Saints’ Day and All Souls’ Day, November 1 and 2, to beg for cakes in remembrance of the dead.

The “soulers,” as the singers were called, droned out their ditties repeatedly, tonelessly, without pause or variation. Doubtless Shakespeare was familiar with the whining songs because Speed, in Two Gentlemen of Verona, observes tartly that one of the “special marks” of a man in love is “to speak puling, like a beggar at Hallowmas.”

All hallows e’en, or eve, a night of pranks and fun in North Country homes, was celebrated with many wholesome games. Young people, for example, read future events from the way roasting chestnuts sputtered and jumped next to the red-hot coals. They bobbed for apples and flung snakelike apple parings behind themselves, to learn the initials of future mates. Our British ancestors brought these old folk practices to the New World, where generations of adolescents have observed them on the night that witches traditionally ride broomsticks and hobgoblins venture abroad.

Soul cakes and souling customs vary from county to county, but souling practices always flourished best along the Welsh border. Even there, the custom is rapidly dying out. In hamlets of Shropshire and Cheshire, in parts of the Midlands, and Lancashire one sometimes hears the soulers chanting old rhymes such as:

“A soul cake, a soul cake Please, good missus, a soul cake; One for Peter, two for Paul And three for Him that made us all”

In olden times “soul papers,” with solicitations of prayers for the deceased, accompanied the cakes which were given to the parish poor. Householders, as well as churches, bestowed soul cakes as a charity in behalf of the departed.

The tradition of ‘souling’ and giving out Soul Cakes on All Soul’s Day originated in Britain and Ireland hundreds of years ago, from giving out bread on All Souls’ Day during the devout Middle Ages. Traditionally each cake eaten would represent a soul being freed from Purgatory. The practice of giving and eating soul cakes is often seen as the origin of modern-day Trick or Treating, which now falls on Halloween (two days before All Souls’ Day).

Soul cakes were of different kinds. Formerly, some cakes were flat and oval. Others were plump and bunlike. There was a spiced-sweetened variety and the sort that resembled a small fruitcake. All were rich with milk and eggs. Soul cakes as adapted to American tastes from early English recipes make delicate tea-time or party buns. Instead of the saffron and allspice of the original cakes, use a few drops of yellow vegetable coloring as well as nutmeg and cinnamon. The following recipe is an adaptation of an old Shropshire formula. The light fluffy buns, delicious for any occasion, are especially appropriate for Halloween. Serve them hot, with plenty of butter and strawberry or raspberry jam. Accompany them with mugs of cider; or with hot chocolate, topped with marshmallows, for the young; or with coffee or tea for those who are older. 3.Lightly flour a clean, flat surface and roll the dough out to 1/4-inch thickness. Cut into large rounds using a cookie cutter. Use the end of a wooden spoon to press a cross shape into the cakes. Place the cakes onto the baking sheets and press raisins into the top of the cakes, if desired. Gather the scraps together and roll again until all the dough has been cut into cakes.

Bake, one sheet at a time, for 12-15 minutes, or until the cake tops are lightly golden. Can be eaten warm or at room temperature.

Store in an airtight container for about a week.

Note: The dough can also be made in a food processor. Pulse the dry ingredients, add the butter and pulse until it resembles cornmeal. With the motor running, pour the beaten egg and vinegar through the feed hole. Pulse until well combined. Turn out into a bowl and press together into a ball. Chill and proceed with rolling, cutting, and baking the cookies as directed above. 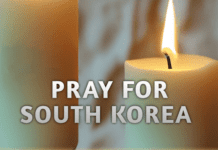