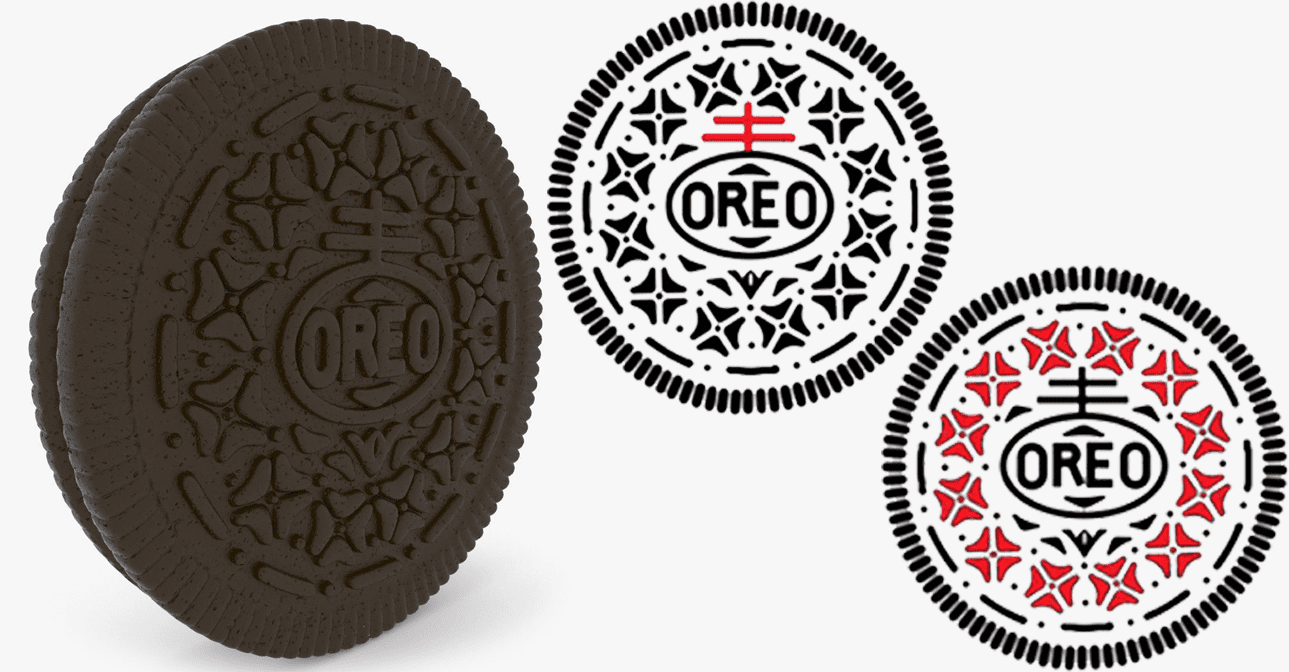 The Oreo. Milk’s favorite cookie – and America’s. Since its introduction on the market in 1912, the Oreo quickly became and has remained the number one best-selling cookie in the United States. Most are probably concerned with how to split an Oreo and keep the cream filling intact, not how it got its trademark design. However, most don’t know that the embossed face of an Oreo cookie actually (well, according to the internet) contains a hidden symbol of the Knights Templar.

The Oreo wasn’t always as we know and love today. When it was first released in 1912, it featured a much simpler wreath around the Oreo symbol. In 1924, it was revised, adding a pair of turtle doves surrounding the logo and enlarging the text size. However, its the curious redesign of 1952 that contains its hidden imagery.

According to a widely circulated internet theory, the circle topped with a two-bar cross is actually a Cross of Lorraine, also known as a Patriarchal Cross. Crusaders of the Knights Templar used it as a heraldic cross on their battle standards. When Godfrey of Bouillon, Duke of Lorraine retook Jerusalem during the First Crusade, his battle flag featured the Patriarchal Cross. The pattern encircling the Oreo of a dot with four emanating triangles is actually a cross pattée, a type of cross with narrow arms at the center and flared to be broad at the perimeter. The Knights Templar came to be associated with this type of cross by the end of the 13th century, and occasionally it was used on their white robes.

Officially, NABISCO (the maker of Oreo cookies) has never confirmed or denied this supposed symbolism contained within the embossed pattern. According to Bill Turnier, son of the late Will Turnier, his father was the supposed employee tasked with redesigning the cookie in the early 1950’s. When asked about his involvement, NABISCO only confirmed that he worked around that time as a design engineer. When asked about the designs, Turnier said that while his dad was Catholic, he wasn’t entirely sure if his designs were intentional or just were meant to be aesthetically pleasing. What Happened to the Wealth of the Knights Templar?