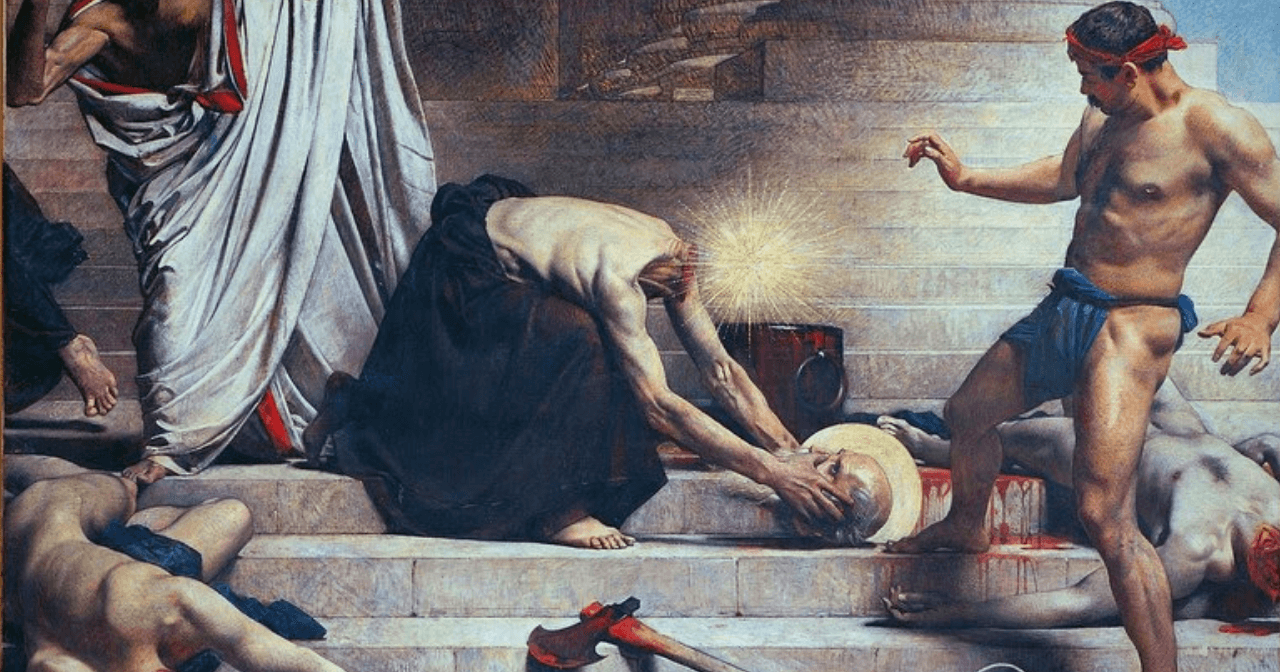 Beheaded under the persecution of Catholics by Roman emperor Decius, Saint Denis picked up his own head and preached a sermon on repentance.

Little is known of Saint Denis, other than he was the Bishop of Paris during the 3rd century A.D. He was sent from Italy to convert the Gaul’s under Pope Fabian, making him one of the “apostles to the Gauls.”

Together with Saints Rusticus and Eleutherius, he settled on the Île de la Cité, an island in the Seine river. Denis and his companions were renowned for their skills of evangelism, so effective in converting people that pagan Roman leaders became alarmed over their loss of followers.

The local Roman governor ordered the trio’s arrest and imprisonment. They were eventually beheaded on the highest hill in Paris, known today as the Montmartre or “Mountain of Martyrs.”

Pious tradition holds that after his head was cut off, he picked it up and walked several miles from the summit of the hill, preaching a sermon on repentance the entire way. Where he finished his sermon and actually died was marked by a small shrine that today is known as the Basilica of Saint Denis, the burial place for the kings of France from the 10th to 18th centuries.

Saint Denis is the most famous cephalophore – literally “head-carrier” – depicted in hagiology. His unique martyrdom has become the subject of art throughout history, painted and depicted in marble. His feast day, along with Saints Rusticus and Eleutherius, is celebrated on October 9th.