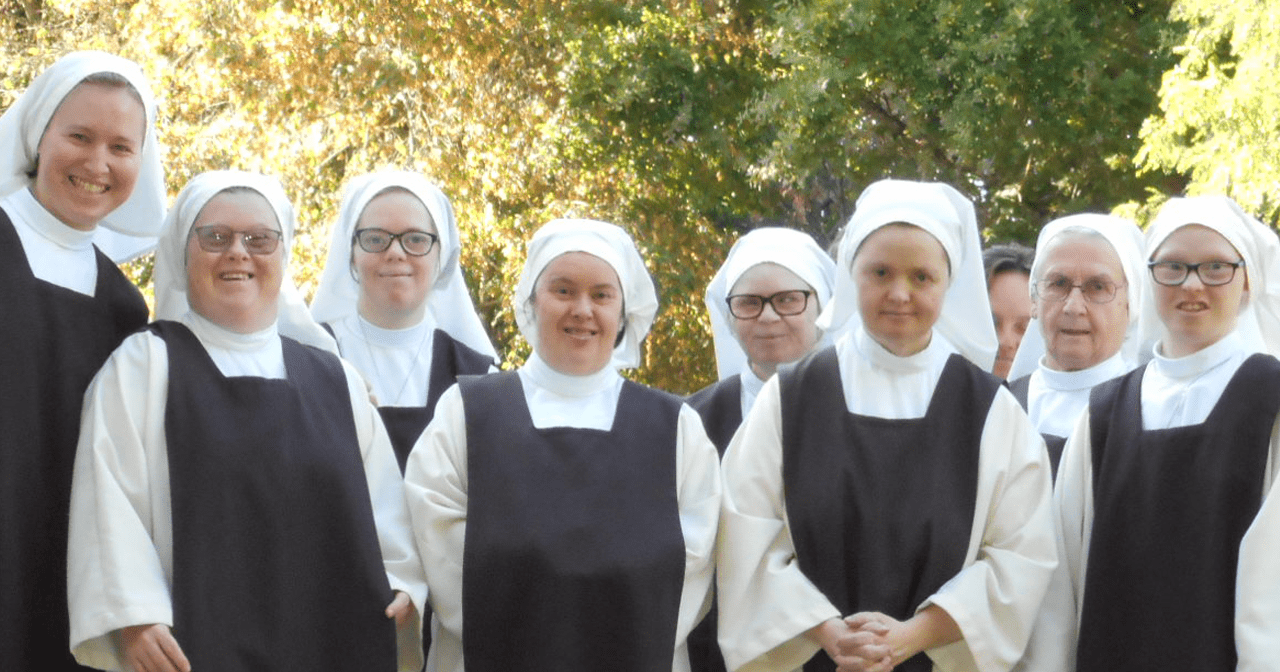 In stark contrast to a society that disregards them, or worse, tries to eliminate them, quietly and peacefully stand The Little Sisters Disciples of the Lamb, a Catholic religious order for women with Down Syndrome and the sisters who guide them.

Following the “Little Way” of Saint Thérèse of Lisieux, these little flowers lead a simple life of prayer, work, sacrifice, and adoration. Under the guidance of Sisters who do not have Down Syndrome, they learn to work and pray in the tradition on Saint Benedict, fulfilling their religious vocation as God has called them, despite whatever limitations they may have. Shortly thereafter, The Little Sisters were founded in the village of Buxeuil, in the diocese of Tours, in 1985 after the encouragement of the scientist whose research discovered the chromosomal abnormality, Trisomy 21, that causes Down Syndrome, Professor Jerome Lejeune, Servant of God.

In an interview, Mother Prioress Line said of the community:

The Institute of the Little Sisters Disciples of the Lamb is a contemplative order and provides young girls with Down’s syndrome the opportunity to fulfill their religious vocation. This achievement is only possible because it is supported by Sisters without Down’s syndrome who answered a call to love, dedicating themselves to God with their disabled little sisters to form a single community.

It is a unique vocation within the Church.  John Paul II testified that all life is precious in God’s eyes. (Encyclical Gospel of Life – John Paul II).  The Church, in recognizing the Institute specifically recommended that the Community would not be linked to any existing Order or Congregation. She asked the Sisters to seek to make their way by adjusting and adapting to the disability of the Little Sisters.

That is why we are not two communities combined into one with Sisters without Down’s on one side and the Sisters with Down’s on the other.  We are all one in the same community and the same family where all live at the same adapted rhythm. We share the offices and the same tasks of the Community where manual labor is adjusted to each according to her abilities.

To learn more about the community or to offer support, you can visit their website

Below is a short documentary about the Little Sisters in French: Should Babies With Down Syndrome Be Aborted? This Mom’s Heartfelt Letter Is Going Viral