Acquired by the University of Notre Dame in England, the G.K. Chesterton Library will be made into a public exhibit for fans of the prince of paradox.

Aidan Mackey, a historian with ties to the inner family circle, independently compiled the library to bring things that were close to Chesterton closer to his fans.

“Among the things in G.K.’s bedside table and in his pockets after he died, what moved me most was his rosary. I had a special frame constructed to ensure that it is clearly on view, and had it so done that, with permission, people might touch it.”

To be housed in the University of Notre Dame in England’s London Global Gateway, the library will not only act as a scholarly resource, but also will function as a public access exhibit.

Many of the books within the library were written by Chesterton himself and bear his signature and various intricate drawings.

In the Fall of 1930, Chesterton was invited to the University of Notre Dame to be a guest lecturer. At the end of his visit, he was conferred an honorary degree. 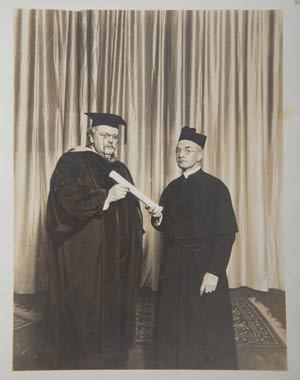 Cause for G. K. Chesterton’s Sainthood Will Not Be Opened

G. K. Chesterton’s Cause for Sainthood Could Soon Be Opened