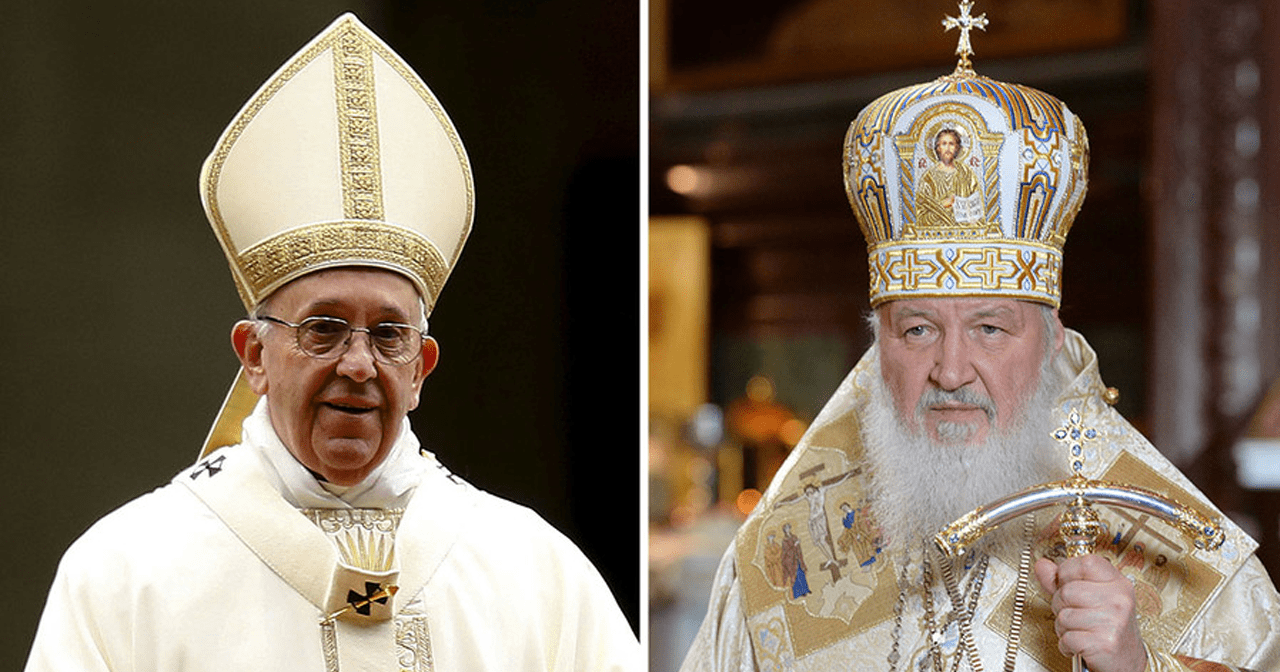 In late April, Pope Francis cancelled a planned meeting with Patriarch Kirill of the Russian Orthodox Church in June in Lebanon.

At the time, he said their relationship is “very good” but “we agreed that it could send the wrong message.”

The two did get to meet over Zoom in March, however. Last week, Pope Francis spoke about that meeting, saying Patriarch Kirill of the Russian Orthodox Church ‘cannot become Putin’s altar boy.’

“For the first 20 minutes, he read from a piece of paper he was holding in his hand all the reasons that justify the Russian invasion. I listened to him and then replied: I don’t understand any of this. Brother, we are not state clerics, we shouldn’t speak the language of politics, but rather the language of Jesus. We are shepherds of the same holy flock of God. For this reason, we must look for a path to peace, we must stop the fighting.”

Kirill responded to what Pope Francis had to say, calling his “regrettable.”

“Such statements are unlikely to contribute to the establishment of a constructive dialogue between the Roman Catholic and Russian Orthodox churches, which is especially necessary at the present time. It is regrettable that a month and a half after the conversation with Patriarch Kirill, Pope Francis chose the wrong tone to convey the content of this conversation.”

Kirill is head of the Russian Orthodox Church, which accounts for more than half of the world’s Orthodox Christians with 150 million members.

The European Union is considering imposing sanctions on Patriarch Kirill, who is described as “a long-time ally of President Vladimir Putin, who has become one of the main supporters of the Russian military aggression against Ukraine.”