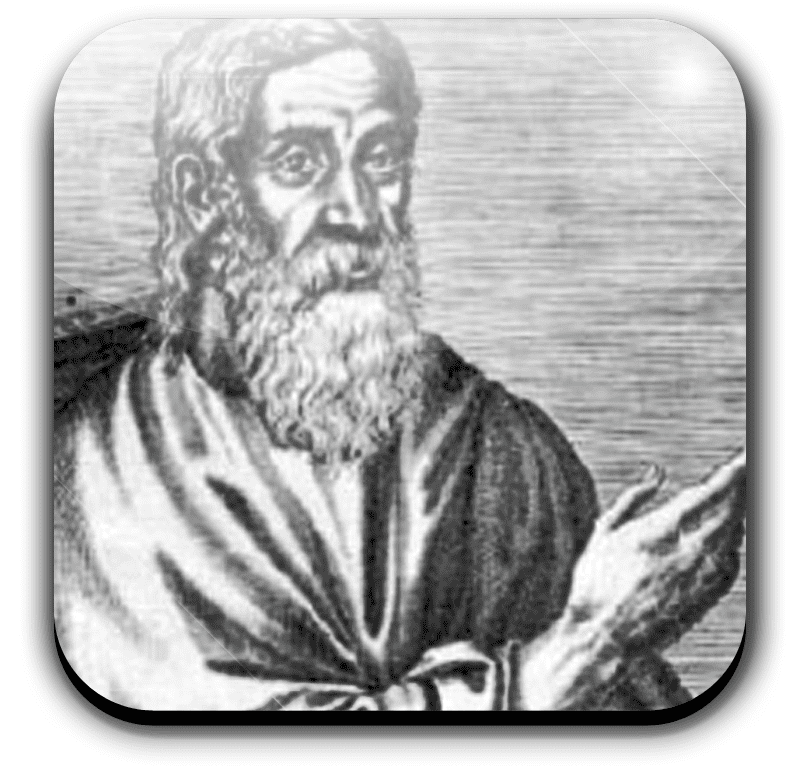 St. Apollonius was a Roman senator, a man of high social standing, and very erudite. He was particularly well read in the philosophy of the pagans. He also read the Old Testament and the writings of Christians. Under their influence Apollonius became a Christian during one of the periods of toleration. Emperor Commodus turned a blind eye on the Christians because his empress, Marcia favored them (though it is unknown whether she herself converted).  Nevertheless, the edicts issued under Marcus Aurelius remained in force. One of Apollonius’s slaves, named Severus, publicly denounced Apollonius as a Christian to Perennis, the praetorian prefect. The saint was brought before Perennis and told he must renounce his faith or die.

When the senator refused to apostatize, the case was remanded to the Senate, where a remarkable dialogue took place between Perennis and Apollonius.

Because of his influence in society, those judging him paid close attention to his defense of Christianity, which is recorded in the Roman Martyrology.

“Are you bent on dying?” asked Perennis.

“No,” said Apollonius, “I enjoy life; but love of life does not make me afraid to die. There is waiting for me something better: eternal life, given to the person who has lived well on earth.”

Apollonius pointed out that everyone must die and that it was better to die for the sake of true belief and the true God than to die of some ordinary disease because a martyr becomes the seed of new Christians. He argued that Christianity is superior by its concepts of death and life: death is a natural necessity which has nothing frightening about it, while the true life is the life of the soul.

He explained that paganism is futile because idols are human artifacts without life, autonomy, reason, or virtue. Saint Apollonius then took the opportunity to give the whole court a reasoned apology of his Christian faith, which is a moving, direct summary of the entire Christian creed.

Above all, he reasoned, Christianity surpasses paganism through the salvific work of Jesus Christ, the revealing Word of God and teacher of moral life, who became man to destroy sin by his death. Apollonius continued that Christ’s death was prophesied both by Scripture and by Plato.

He remained steadfast in his refusal to renounce Christianity and in his belief in eternal life. Despite his eloquent defense, which remains one of the most priceless documents of Christian antiquity, Apollonius’s legs were crushed and then he was beheaded. An authentic account of his examination by the magistrate was discovered in 1874 in an Armenian text and more recently in Greek.

Saint Jerome, who had seen a copy of Apollonius’s defense of the faith, admired its eloquence and profound demonstration of sacred and profane learning.