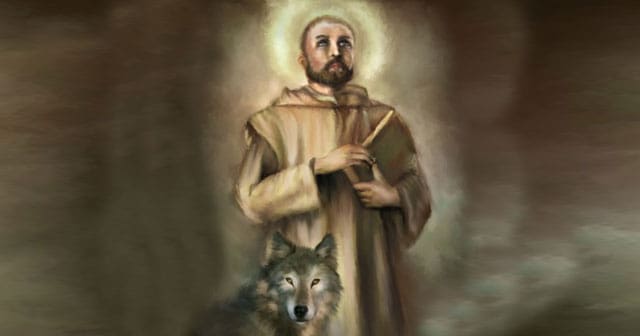 Saint William was born in Vercelli, a city of Lombardy, and lost his father and mother in his infancy and was brought up by a relative in great sentiments of piety. At fifteen years of age, having an earnest desire to lead a penitential life, he left his native region and made a long and austere pilgrimage to the shrine of the Virgin founded by Saint James at Saragossa. He would have made the pilgrimage to Jerusalem, but God made known to him that he was calling him to a solitary life, and he retired into the kingdom of Naples. There he chose for his abode an uninhabited mountain, and lived in perpetual contemplation and the exercises of rigorous penitential austerities.