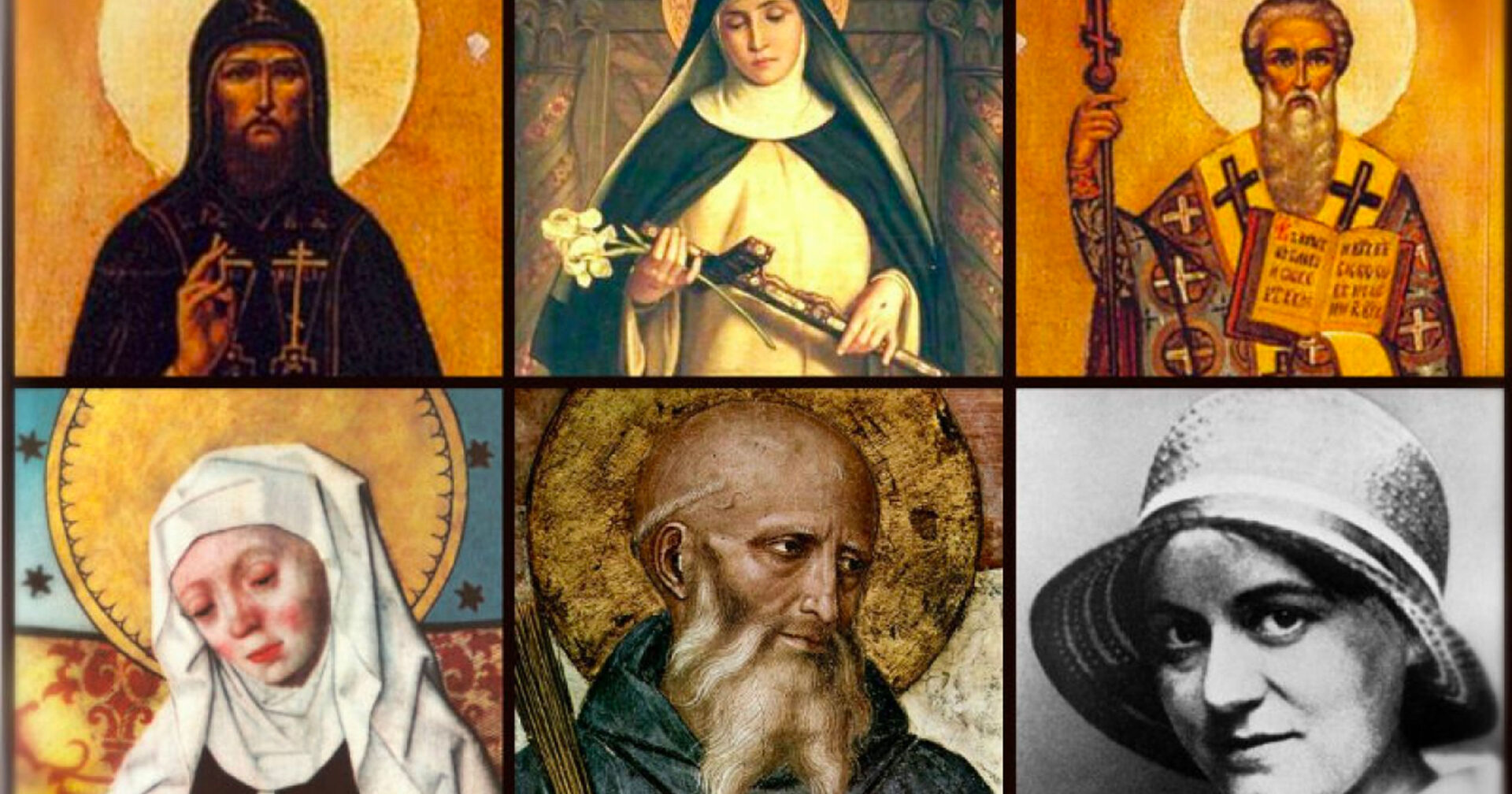 Since its earliest days, the Church has turned to the saints in heaven to ask them to intercede with God for those of us still on earth. The idea is that the saints living with God are ready to help us make it through the trials of this life to arrive at our heavenly home.

Over time, some of these saints have become “specialists,” so to speak. These are the patron saints, whom the Church has chosen as advocates for particular persons, places, professions and causes.

How does a saint become a patron? Often, it’s the pope who makes the declaration. In 1979, for example, Pope St. John Paul II named St. Francis of Assisi the patron saint of ecologists.

Patronage often grows out of popular devotion. In the early centuries of the Church, Christians held the martyrs in high esteem. After Constantine brought an end to the Roman persecution of Christians in 313 A.D., they built many new churches over the burial spots of the martyrs. These martyrs became the patron saints of the new churches.

Saints also become patrons because they pursued a particular career or cause with holy devotion. This makes them models for those in the same profession.

For example, St. Thomas More is the patron saint of lawyers. He was a lawyer himself, but he was foremost a Christian. His commitment to the teachings of the Church instilled in him a strong sense of honesty, justice and care of the poor, which he carried into his occupation. In naming St. Thomas More the patron saint of lawyers, the Church not only is suggesting that lawyers pray to him, it also is counseling them to imitate him.

St. Frances Xavier Cabrini was born in Italy and later moved to the United States in order to serve immigrants, many of whom suffered from poverty and a lack of educational opportunity. This led to her being named the patron saint of immigrants.

There are also plenty of weird patronages! St. Drogo of Sebourg was purportedly so ugly that he was perpetually enclosed in a cell to keep him out of sight. Because of this he became the patron saint of unattractive people.

St. Joseph of Cupertino is the patron saint of pilots, but he lived hundreds of years before the first airplanes. So how did he obtain his patronage? He used his own body to fly!

And then there’s a real head-scratcher: We know almost nothing about the early Roman martyr St. Bibiana and yet, somehow, she became the patron saint of hangovers.

No matter what your occupation, hobbies or struggles are, there’s likely a patron saint out there for you. And, of course, if you were baptized and confirmed in the Church, you are likely named after one.

If you’re looking for some heavenly help as you walk through this “vale of tears,” be sure to become acquainted with these powerful, saintly intercessors! Why Is a Male Saint the Patron of Breastfeeding?