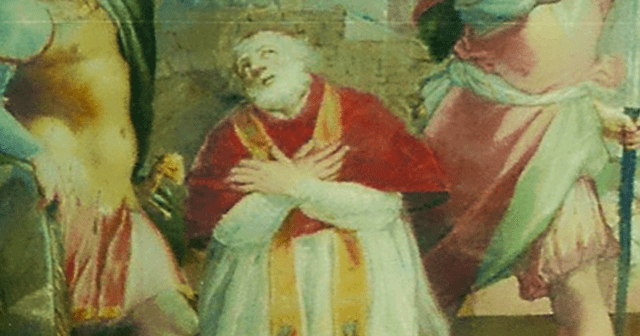 Pope Saint Anicetus, the 11th pope, succeeded St. Pius towards the year c. 153, and reigned till about 168.  While Anicetus was Pope, St. Polycarp, then in extreme old age, came to confer with him (160-162) about the Paschal controversy; Polycarp and others in the East celebrating the feast on the fourteenth of the month of Nisan, no matter on what day of the week it fell; whereas in Rome it was always observed on Sunday, and the day of the Lord’s death on Friday. The matter was discussed but nothing was decided. According to Eusebius: “Polycarp could not persuade the Pope, nor the Pope, Polycarp. The controversy was not ended but the bonds of charity were not broken”; the Pope permitting the aged saint to celebrate on the day he had been accustomed to in the Church of Smyrna.

Also in the papacy of St. Anicetus, Montanism was finally condemned. It was a heresy of the time with many differences with Catholicism – Catholicism is the original and true form of Christianity. Most notable of all the adherents to Montanism was Tertullian, the famous Early Christian writer who fell into such heresy later in his life.

Hegesippus, the first Christian historian whose writings are of great value, because he lived so near the time of the Apostles, also came to Rome at this time. His visit is recorded by most ecclesiastical authors as noteworthy, inasmuch as it calls attention to the fact that many illustrious men repaired to Rome at that period, thus emphasizing very early the supreme dignity and authority of the Roman Pontiffs. Marcion, Marcellinus, Valentine, and Cordo were also at Rome, disturbing the Church by their Manichæism. Anicetus suffered martyrdom in 161, but the dates vary between 16, 17, and 20 April.