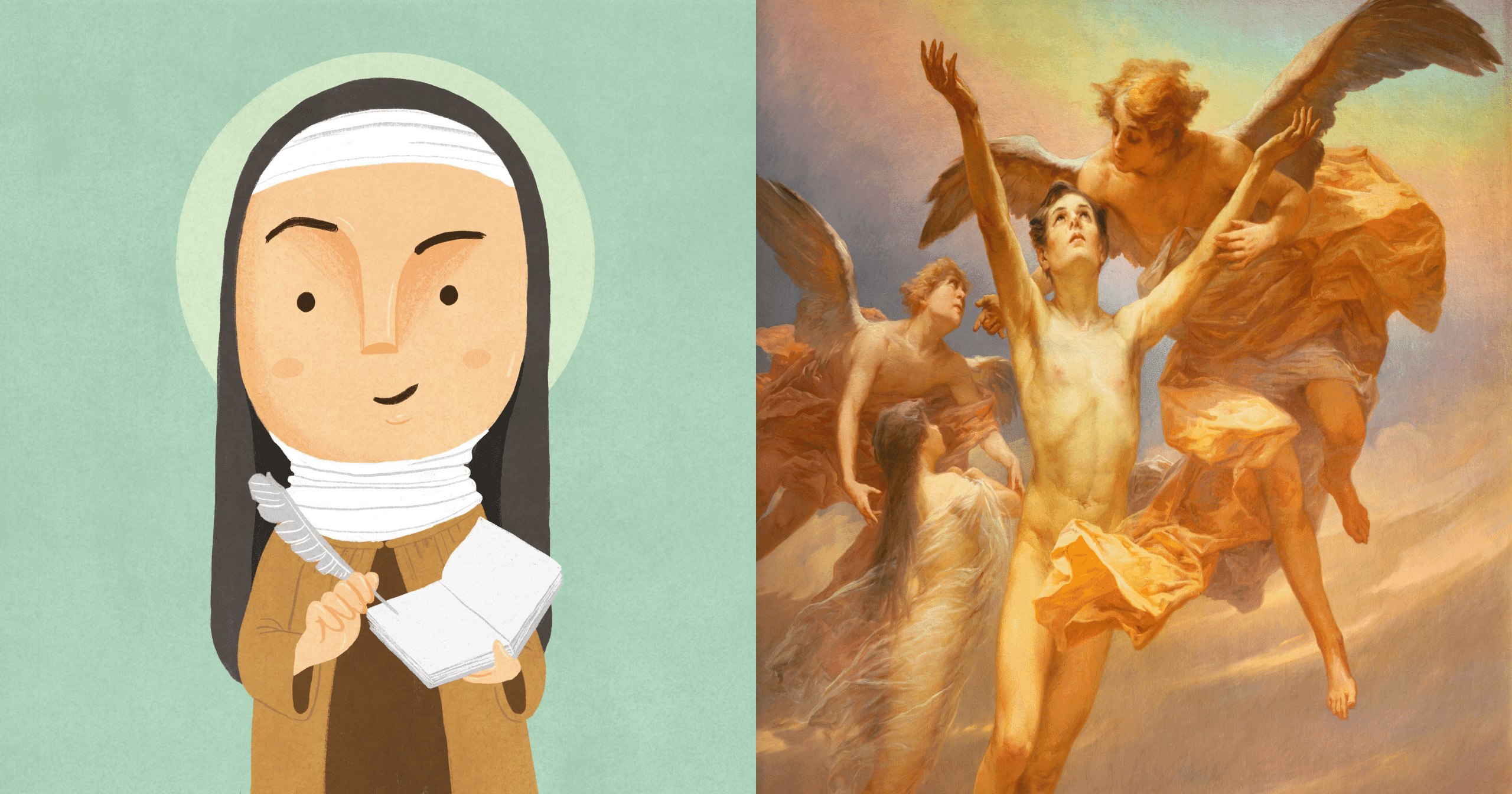 Doctor of the Church Teresa of Ávila is such a legendary saint, countless stories abound of her piety and faith.

This is one of those times!

Pious tradition tells the story of Bernardino de Mendoza, a young Spaniard and navyman who had given Saint Teresa land on which to build a convent for the Carmelites.

Sadly, Bernardino died from wounds he received in the Battle of Saint Quentin in 1557 before seeing the convent completed.

After his death, Saint Teresa of Avila had a mystical vision of Christ. He told her Bernardino’s soul was stuck in purgatory until she completed the convent!

She hurried to the construction site and had the workmen begin raising the walls of the chapel immediately, but it would still take too long. She then asked for and received permission from the local bishop to erect a temporary chapel instead.

When Mass was celebrated in the temporary chapel, while receiving Communion Teresa had a vision of Bernardino thanking her before entering God’s kingdom.

A large altarpiece painted about 1630–33 for the Church of the Discalced Carmelites in Antwerp, Germany depicts the scene of Saint Teresa interceding for Bernardino to Christ. He is seen in purgatory on the bottom left.

What a beautiful story!