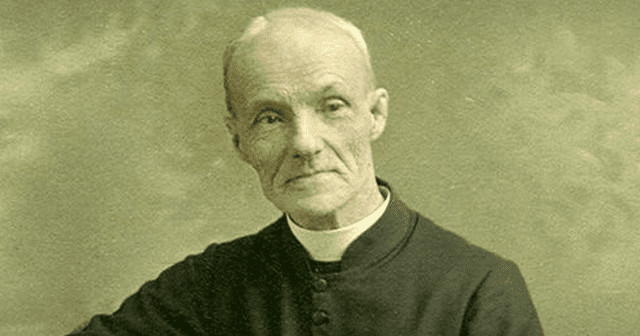 Saint André Bessette expressed a saint’s faith by a lifelong devotion to St. Joseph. Sickness and weakness dogged André from birth. He was the eighth of 12 children born to a French Canadian couple near Montreal. Adopted at 12, when both parents had died, he became a farmhand. Various trades followed: shoemaker, baker, blacksmith—all failures. He was a factory worker in the United States during the boom times of the Civil War.

At 25, he applied for entrance into the Congregation of the Holy Cross. After a year’s novitiate, he was not admitted because of his weak health. But with an extension and the urging of Bishop Bourget (see Marie-Rose Durocher, October 6), he was finally received. He was given the humble job of doorkeeper at Notre Dame College in Montreal, with additional duties as sacristan, laundry worker and messenger. “When I joined this community, the superiors showed me the door, and I remained 40 years.”

In his little room near the door, he spent much of the night on his knees. On his windowsill, facing Mount Royal, was a small statue of St. Joseph, to whom he had been devoted since childhood. When asked about it he said, “Some day, St. Joseph is going to be honored in a very special way on Mount Royal!”

When he heard someone was ill, he visited to bring cheer and to pray with the sick person. He would rub the sick person lightly with oil taken from a lamp burning in the college chapel. Word of healing powers began to spread.

When an epidemic broke out at a nearby college, André volunteered to nurse. Not one person died. The trickle of sick people to his door became a flood. His superiors were uneasy; diocesan authorities were suspicious; doctors called him a quack. “I do not cure,” he said again and again. “St. Joseph cures.” In the end he needed four secretaries to handle the 80,000 letters he received each year.

For many years the Holy Cross authorities had tried to buy land on Mount Royal. Brother André and others climbed the steep hill and planted medals of St. Joseph. Suddenly, the owners yielded. André collected 200 dollars to build a small chapel and began receiving visitors there—smiling through long hours of listening, applying St. Joseph’s oil. Some were cured, some not. The pile of crutches, canes and braces grew.

The chapel also grew. By 1931 there were gleaming walls, but money ran out. “Put a statue of St. Joseph in the middle. If he wants a roof over his head, he’ll get it.” The magnificent Oratory on Mount Royal took 50 years to build. The sickly boy who could not hold a job died at 92.

He is buried at the Oratory and was beatified in 1982. At his canonization in October 2010, Pope Benedict XVI said that St. Andre “lived the beatitude of the pure of heart.”