What Does Jägermeister Have to Do with Saint Hubert? 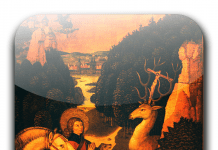