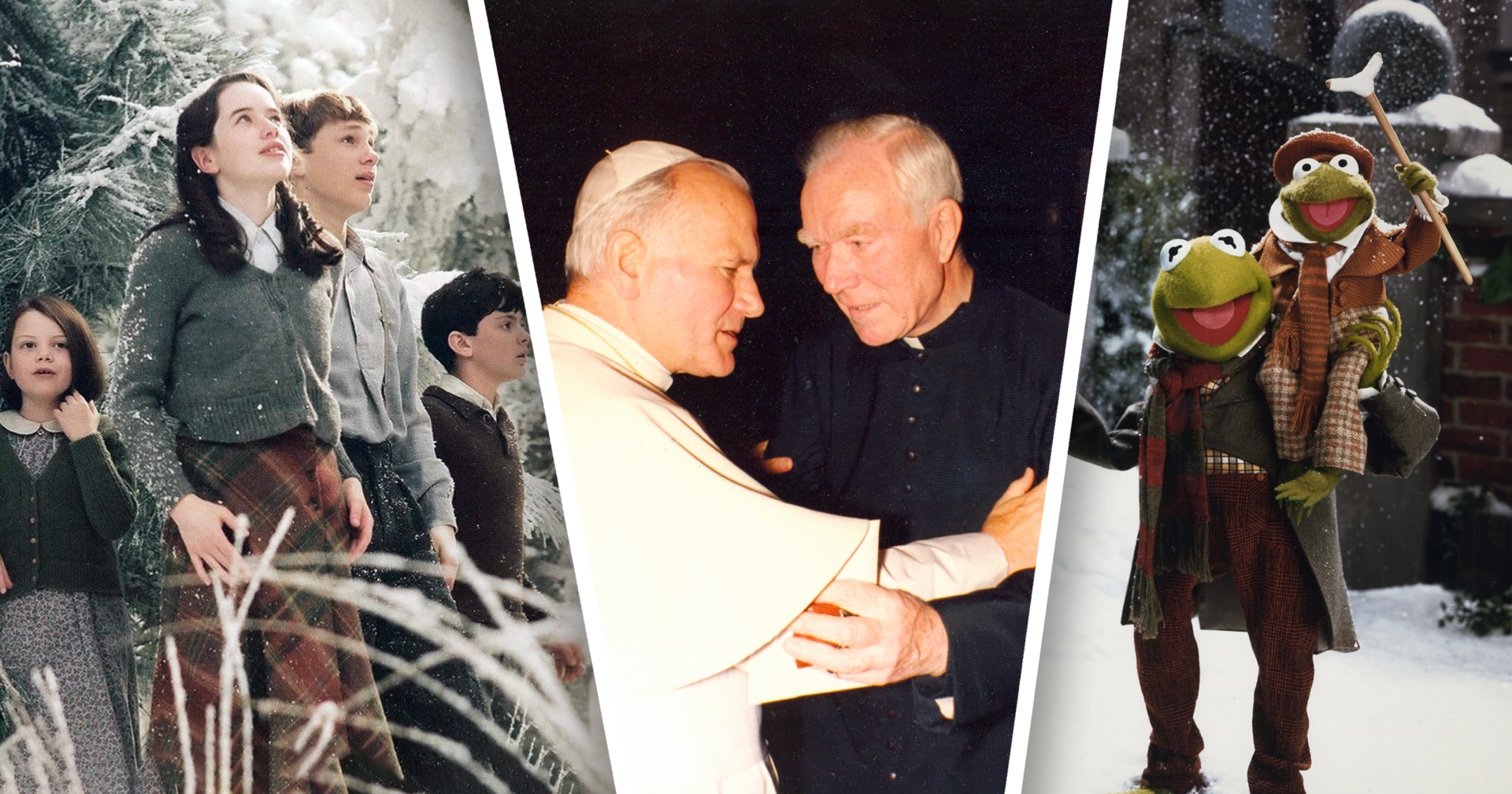 Christmas is fast approaching. It will soon be time to light a fire, warm mugs of hot chocolate and settle in with good movies.

But what to watch? No worries, we’ve got you covered with six inspirational films. While some of these are technically not Christmas movies, they’re all perfect for getting you into the spirit of the season. They also make great gifts!

1. PRAY: THE STORY OF PATRICK PEYTON
You may have heard the slogan “The family that prays together stays together.” Now meet the priest behind these famous words. Father Patrick Peyton, C.S.C., was the son of poor Irish parents. After immigrating to America and being healed of tuberculosis through prayer, he dedicated himself to preaching the Rosary and family prayer worldwide. Venerable Patrick Peyton enlisted Hollywood’s elite in spreading his message of the power of family prayer.

This beautiful family-friendly film is produced by Fr. Peyton’s own studio, Family Theater Productions. You can purchase “PRAY” on DVD, Blu-ray or digital on the film’s official website.

2. THE CHRONICLES OF NARNIA: THE LION, THE WITCH AND THE WARDROBE
Nobody wants a winter with no Christmas, but the White Witch has imposed this curse upon Narnia. While it’s the mighty lion Aslan who saves the day, Father Christmas makes his own small contribution to the battle against the evil witch.

This 2005 adaptation of C.S. Lewis’ classic tale does a good job of capturing the book’s magic — which is harder to say of later Narnia film adaptations.

3. MIRACLE OF MARCELINO
Based on a medieval legend, this 1955 Spanish film tells the story of an orphan boy who is raised by monks. He’s free to roam about the monastery, but is warned not to go upstairs. According to the monks, there’s a very big man up there who will take him away. Will Marcelino resist the urge to go upstairs? And who’s really up there, anyway?

4. A CHRISTMAS CAROL
There are tons of great (and not so great) movie adaptations of Charles Dickens’ classic tale and it’s hard to choose one. Popular versions include the 1938 film with Reginald Owen, the 1951 version with Alastair Sim and, of course, the delightful “Muppet Christmas Carol.”

Still, some of us are waiting for an adaptation of “A Christmas Carol” that truly rises to the greatness of the book. Because if the Muppets version is considered one of the best, well….!

5. A MAN FOR ALL SEASONS
Like the great St. Thomas More himself, this movie is for all seasons. Possibly the greatest movie about a saint ever made, it won six Oscars during the 1967 awards season.

The reason why it’s a perfect movie for the Christmas season is because it’s ultimately a story of giving. In Thomas More’s case, he gave the ultimate gift of his life in defense of his faith.

6. THE BELLS OF ST. MARY’S
This 1945 classic stars Bing Crosby as Father Charles O’Malley and Ingrid Bergman as Sister Mary Benedict. Heartwarming, yet humorous, this movie tells the story of Father O’Malley’s arrival at St. Mary’s parish and school, where he often gets into conflict with the headstrong Sister Mary Benedict over how to run the school and discipline the students. And, yes, you do get a few Bing Crosby songs thrown in.