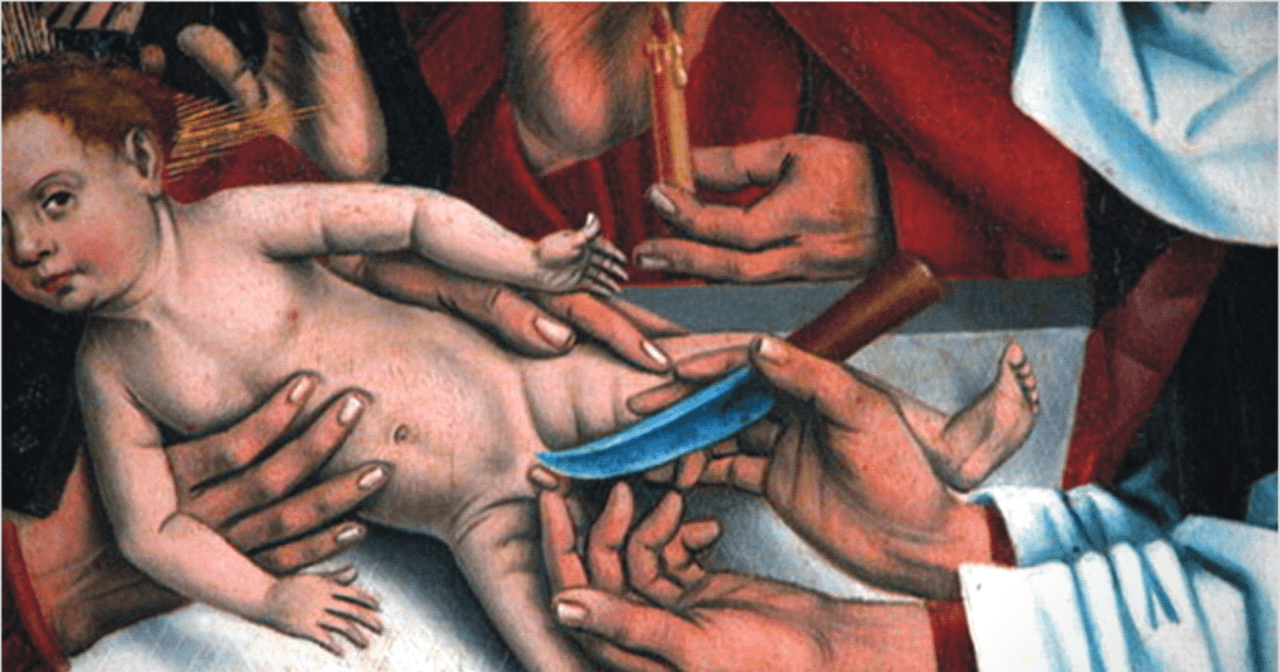 Although a majority have been lost to history, some of the earliest relics of the Church still survive to this day. Those associated with Jesus Christ Himself have been the most studied and fascinating of them all.

Christ ascended into Heaven corporeally, meaning parts of His body available for veneration must come from before the Ascension. The Holy Prepuce is just that, a product of the circumcision of Jesus.

“When eight days were completed for his circumcision, he was named Jesus, the name given him by the angel before he was conceived in the womb.” – Luke 2:21

Christ was circumcised in accordance with Jewish law, in a ceremony eight days after birth where He was given His name. The apocryphal Syriac Infancy Gospel contains the first reference to the survival of the Holy Prepuce.

“And when the time of his circumcision was come, namely, the eighth day, on which the law commanded the child to be circumcised, they circumcised him in a cave. And the old Hebrew woman took the foreskin, and preserved it in an alabaster-box of old oil of spikenard.” Syriac Infancy Gospel 5

The Holy Prepuce makes its first appearance in antiquity on Christmas in 800 A.D., as a gift from Charlemagne to Pope Leo III when the latter crowned the former Emperor. Charlemagne himself received it as a wedding gift from Byzantine Empress Irene.

The Descriptio laternansis Ecclesia, written shortly before 1100, described a chest commissioned by Leo III placed under the altar in the Sancta Sanctorum at the Lateran Palace containing a gold jeweled cross. In this cross was the foreskin and umbilical cord of Jesus. In the late fourteenth century, Saint Bridget of Sweden had a vision from the Virgin Mary in which she was told the Holy Prepuce held at the Vatican was authentic.

In 1527 during the Sack of Rome, a German soldier looted the Sancta Sanctorum and took the Holy Prepuce. He was later captured and imprisoned in Calcata, a town about 30 miles north of Rome. He hid the reliquary in his cell and it was later discovered in 1557. From there on it was venerated, and the Church offered an indulgence to it’s pilgrims.

Calcata would stage an annual procession of the Holy Prepuce on the Feast of the Circumcision of Christ, now known in the Roman calendar as the Octave Day of the Nativity of the Lord. However in 1983 it was lost: parish priest Father Dario Magnoni announced,

“This year, the holy relic will not be exposed to the devotion of the faithful. It has vanished. Sacrilegious thieves have taken it from my home.”

In 1900, the Vatican threatened excommunication for anyone to speak on the authenticity of any relic purported to be the Holy Prepuce, and thus Magnoni remained mum about the Calcata relic until his death.