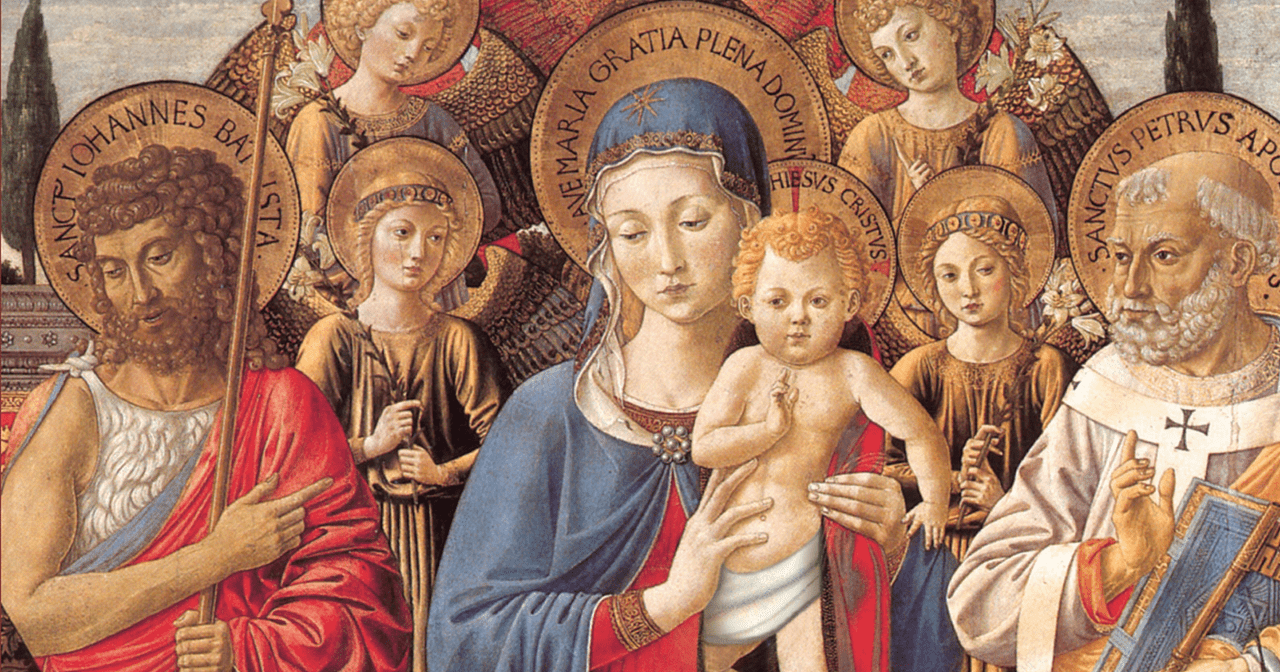 The joyous veneration given to the Mother of God by the contemporary Church, in light of reflection on the mystery of Christ and on his nature, cannot ignore the figure of a woman (cf. Gal 4:4), the Virgin Mary, who is both the Mother of Christ and Mother of the Church.

In some ways, this was already present in the mind of the Church from the premonitory words of Saint Augustine and Saint Leo the Great. In fact the former says that Mary is the mother of the members of Christ, because with charity she cooperated in the rebirth of the faithful into the Church, while the latter says that the birth of the Head is also the birth of the body, thus indicating that Mary is at once Mother of Christ, the Son of God, and mother of the members of his Mystical Body, which is the Church. These considerations derive from the divine motherhood of Mary and from her intimate union in the work of the Redeemer, which culminated at the hour of the cross.

Indeed, the Mother standing beneath the cross (cf. Jn 19:25), accepted her Son’s testament of love and welcomed all people in the person of the beloved disciple as sons and daughters to be reborn unto life eternal. She thus became the tender Mother of the Church which Christ begot on the cross handing on the Spirit. Christ, in turn, in the beloved disciple, chose all disciples as ministers of his love towards his Mother, entrusting her to them so that they might welcome her with filial affection.

As a caring guide to the emerging Church Mary had already begun her mission in the Upper Room, praying with the Apostles while awaiting the coming of the Holy Spirit (cf. Acts 1:14). In this sense, in the course of the centuries, Christian piety has honoured Mary with various titles, in many ways equivalent, such as Mother of Disciples, of the Faithful, of Believers, of all those who are reborn in Christ; and also as “Mother of the Church” as is used in the texts of spiritual authors as well as in the Magisterium of Popes Benedict XIV and Leo XIII.

Thus the foundation is clearly established by which Blessed Paul VI, on 21 November 1964, at the conclusion of the Third Session of the Second Vatican Council, declared the Blessed Virgin Mary as “Mother of the Church, that is to say of all Christian people, the faithful as well as the pastors, who call her the most loving Mother” and established that “the Mother of God should be further honoured and invoked by the entire Christian people by this tenderest of titles”.

Therefore the Apostolic See on the occasion of the Holy Year of Reconciliation (1975), proposed a votive Mass in honour of Beata Maria Ecclesiæ Matre, which was subsequently inserted into the Roman Missal. The Holy See also granted the faculty to add the invocation of this title in the Litany of Loreto (1980) and published other formularies in the Collection of Masses of the Blessed Virgin Mary (1986). Some countries, dioceses and religious families who petitioned the Holy See were allowed to add this celebration to their particular calendars.

Having attentively considered how greatly the promotion of this devotion might encourage the growth of the maternal sense of the Church in the pastors, religious and faithful, as well as a growth of genuine Marian piety, Pope Francis has decreed that the Memorial of the Blessed Virgin Mary, Mother of the Church, should be inscribed in the Roman Calendar on the Monday after Pentecost and be now celebrated every year.