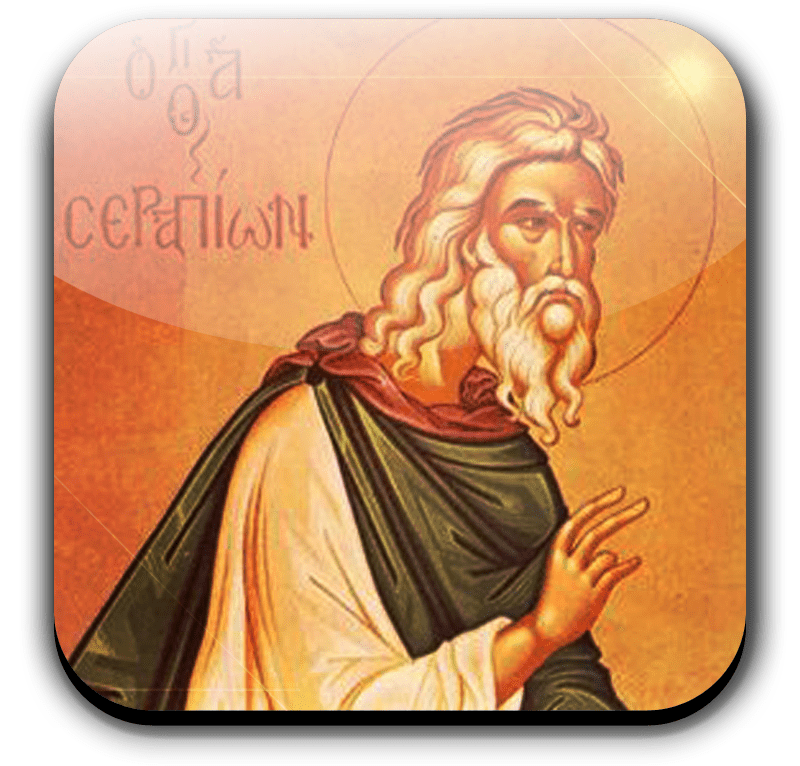 St. Serapion the Scholastic (died c.365-370) was a Bishop and head of the famed Catechetical School of Alexandria, Egypt, also known as Serapion of Arsinoc. He was originally a monk in the Egyptian desert and a companion to St. Anthony who left in his will the gift of two sheepskin cloaks, one for Serapion and the other for St. Athanasius of Alexandria.

A close friend of Athanasius, he gave support to the patriarch against the heretic Arians in Egypt especially after receiving appointment as bishop of Thmuis, in Lower Egypt, on the Nile delta. Saint Athanasius wrote several works against Arians at Serapion’s request, but thought so much of Sarapion that he told him to revise them as he saw fit.

Because of his unequivocal backing of Athanasius and his opposition to Arianism, he was exiled for a time by the ardent Arian emperor Constantius II.

A brilliant scholar and theologian, he was also the author of a series of writings on the doctrine of the divinity of the Holy Spirit (addressed to the emperor), the Euchologiurn (a sacramentary), and a treatise against Manichaeism.