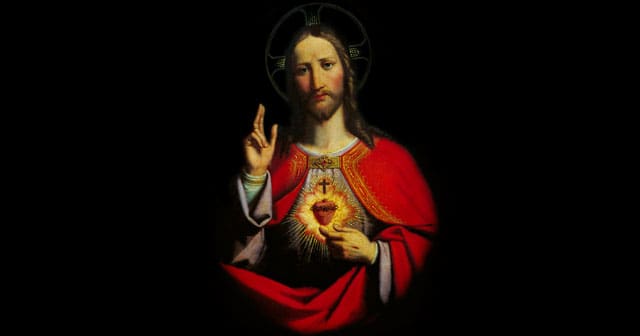 Devotion to the Sacred Heart of Jesus goes back at least to the 11th century, but through the 16th century, it remained a private devotion, often tied to devotion to the Five Wounds of Christ. The first feast of the Sacred Heart was celebrated on August 31, 1670, in Rennes, France, through the efforts of Fr. Jean Eudes (1602-1680). From Rennes, the devotion spread, but it took the visions of St. Margaret Mary Alacoque (1647-1690) for the devotion to become universal.

The devotion became quite popular after St. Margaret Mary’s death in 1690, but, because the Church initially had doubts about the validity of St. Margaret Mary’s visions, it wasn’t until 1765 that the feast was celebrated officially in France. Almost 100 years later, in 1856, Pope Pius IX, at the request of the French bishops, extended the feast to the universal Church. It is celebrated on the day requested by our Lord—the Friday after the octave of Corpus Christi, or 19 days after Pentecost Sunday.