Did you know? Hidden in one of Disney’s most famous animated movies is a painting of none other than Saint Mary Magdalene.

“Accompanying him were the Twelve and some women who had been cured of evil spirits and infirmities, Mary, called Magdalene” – John 8:1-2

In The Little Mermaid, Ariel is known for collecting human artifacts. One of which is a painting of Saint Mary Magdalene, known as Magdalen with the Smoking Flame.

Painted in 1640 by French Baroque painter Georges de La Tour, it features Mary Magdalene, lit by candlelight, staring into the flame. Wearing a billowy white and red dress tied with a rope, on her lap sits a skull. 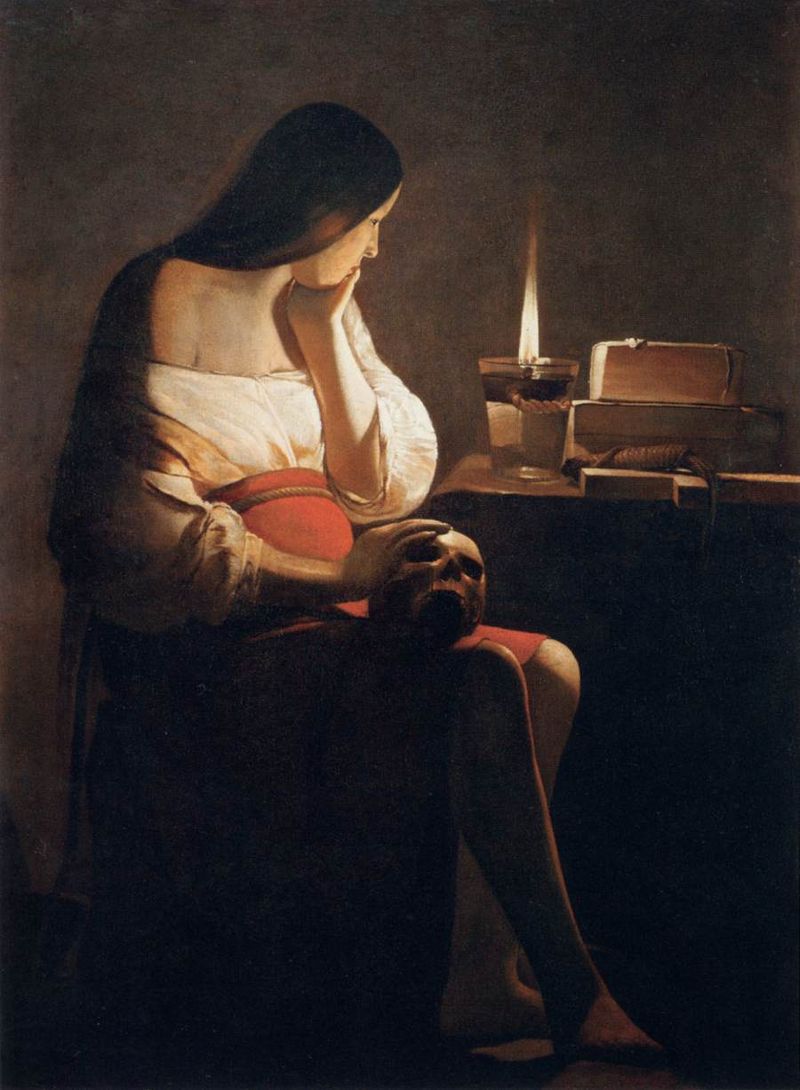 The painting is seen during the “Part of Your World” sequence in the film, when Ariel expresses her strong desire to become human. As Ariel sings the line “What is a fire, and why does it — what’s the word? — burn?” she admires the painting.

According to the film’s directors, the painting was chosen by Glen Keane, an animator for Ariel and a devout Catholic.

“That painting, right there, Glen Keane picked out that painting because he wanted a picture, an image, of a fire underwater to go with the lyric.”

Watch below the “Part of Your World” sequence below, where Ariel admires the painting. Did You Know Disney Animated A Beautiful Prayer To Our Lady?