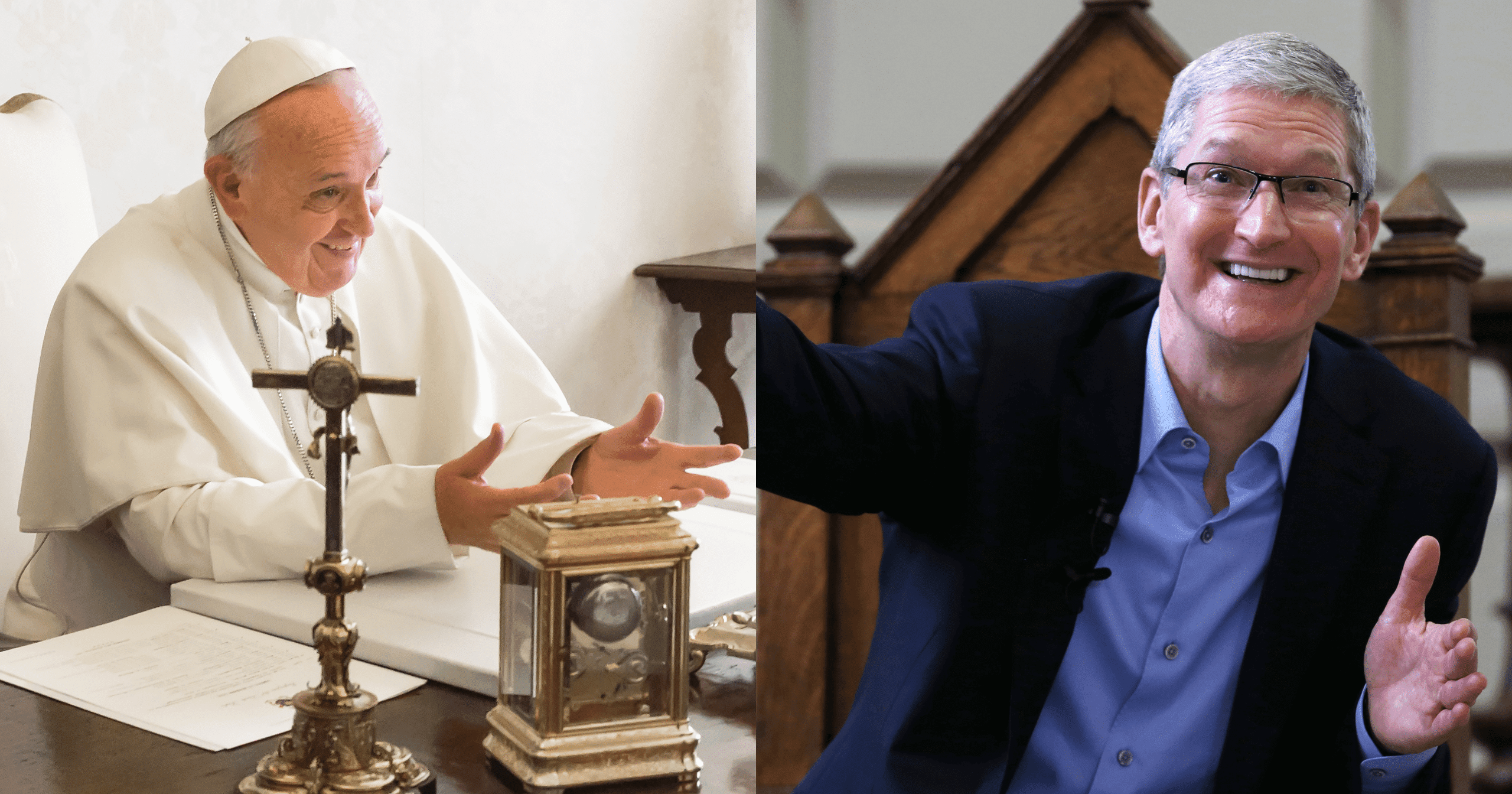 The two are actually already acquainted: they first met in 2016 during the 50th World Day of Social Communications.

Pope Francis met with the billionaire the day before the feast of Francis of Assisi, a saint known for embracing the joy of poverty.

He welcomed Cook into the private audience room and made a joke about his English: “good morning – with English, I need a translator.”

Of course, Cook said it was “no problem,” and that it was “so good to see you Holy Father.”

As Cook and the rest of the Apple team left, Pope Francis gave them parting gifts.

His meeting with the head of the company that makes the iPhone is notable given Pope Francis frequently criticizing the use of cell phones in the past.

What does Pope Francis say makes him sad when he celebrates Mass in the Vatican? Seeing so many members of the Faithful with their cell phones out. His advice? “Remember: no phones.”

He’s also spoken on the addictive nature of technology, warning “don’t be slaves to your mobile phones.”

He’s even called on families everywhere to communicate and get off their phones at the dinner table.