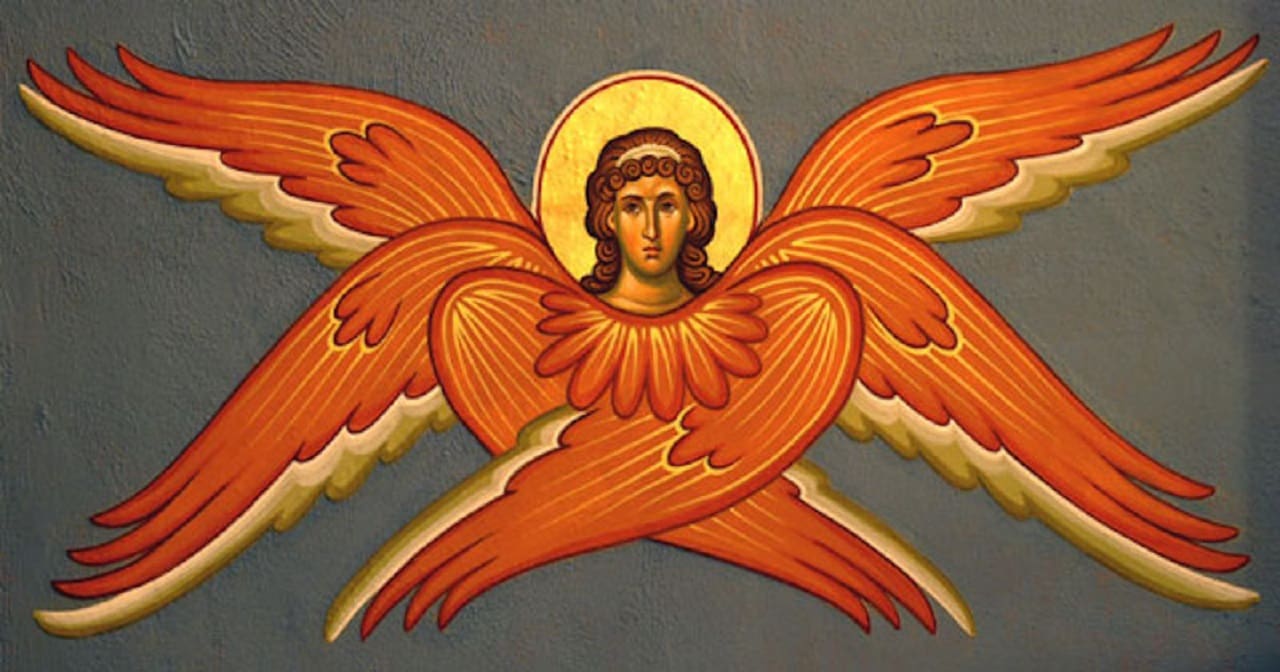 When you picture an angel, you probably envision a beautiful human-like figure adorned with a white robe and radiant wings. Or perhaps you think of a tiny chubby baby with wings. We’ve see this same imagery time and time again in paintings and drawings from great artists throughout history. But according to Scripture, what do angels really look like?

As it turns out, describing what angels look like is not so simple. We see in the Bible several different accounts of angels displaying themselves in different ways. Angels are not of the physical world, instead they are spiritual beings that don’t even have to be visible at all, as seen in Colossians 1:16. For example, Elisha, the disciple of Elijah, prayed to reveal to his servant the angels protecting the city and the Lord made them visible to him.

Then he prayed, “O LORD, open his eyes, that he may see.” And the LORD opened the eyes of the servant, and he saw that the mountainside was filled with fiery chariots and horses around Elisha. – 2 Kings 6:17

When angels do appear in a physical form to us on Earth, they often come in the unsuspecting form of men. In the narrative of Genesis 18 and 19, Abraham first welcomes three visitors that at first appeared to be no more than travelers passing through. In the next chapter, two angels go to Sodom where they also assumed to be human visitors to the city. Although Angels appear predominantly as men, they can also appear as women as well.

Then I raised my eyes and saw two women coming forth with wind under their wings—they had wings like the wings of a stork—and they lifted the basket into the air. – Zechariah 5:9

At other times, angels may appear to humans as unusual figures. For example, Daniel saw an angel with arms and legs made of dazzling stones and polish metal, with a face like lightning in Daniel 10:5-6. The angel that rolled the stone away from the entrance to Jesus Christ’s tomb was seen to be radiating a bright light in Matthew 28:3. Quite possibly the strangest form an angel has taken is shown in Revelation 4:6-8, where a figure of a lion, calf, eagle, and human face covered in eyes is described.

“In the center and around the throne, there were four living creatures covered with eyes in front and in back. The first creature resembled a lion, the second was like a calf, the third had a face like that of a human being, and the fourth looked like an eagle in flight. The four living creatures, each of them with six wings, were covered with eyes inside and out.” – Revelation 4:6-8

What is certain about angels, however, is that they never appear to us as cute chubby infants. In fact, the usual response to first seeing an angel is to fall the ground and cower in fear. This is why the first words spoken by an angel are usually “Fear Not!” Saint Michael And The Archangels: The Mighty Ones Of God

Prayer to St. Michael The Archangel